A Conversation With Scott Wilson of Saving Abel 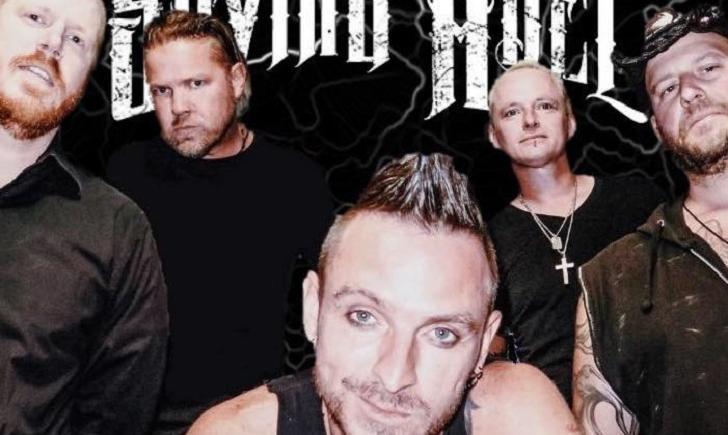 Scott Wilson has done it all. He’s traveled the world with his trusty guitar since he 17 years old, calling the music industry home. He has played in every genre of music, from country and gospel to hard rock and alternative. Wilson recently altered his career path, parting ways with the group TANTRIC to play for the band Saving Abel. I was lucky enough to snag a few moments of this very busy man’s time to chat about his decision to change bands, what starting in the music industry so young felt like, and, of course, his choice in ink.

Let’s get through the formalities, first. Can you tell our readers a little bit about yourself? Who are you and what do you do for a living?

Hello, my name is Scott Wilson I am the bass player for the rock band Saving Abel. I love long walks on the beach upside down circles and tattoos.

You recently just announced your departure from Tantric, where you had been a long-standing member of the band, to join the band, Saving Abel. What was it about Saving Abel that seemed to be a better fit for you?

To some of this answer in short term, I had been thinking about this decision for a long time. Saving Abel presented an opportunity to me to be in a band with very like-minded individuals. Who all have one goal and are just as goofy as I am. Joking. I will always love TANTRIC’s music and in my heart will always be part of that camp. However, in a business sense, I felt that Saving Abel’s momentum was moving forward and TANTRIC’s was at a standstill for quite some time. The Music and tours will always be there however businesses change.

So, I’ve heard that you’re an award-winning producer. Can you tell us what awards you’ve managed to secure and for what pieces of work?

Certainly. Producer of the year for Colorado rock awards for the band “Source”. I’ve been recognized by a few different organizations. 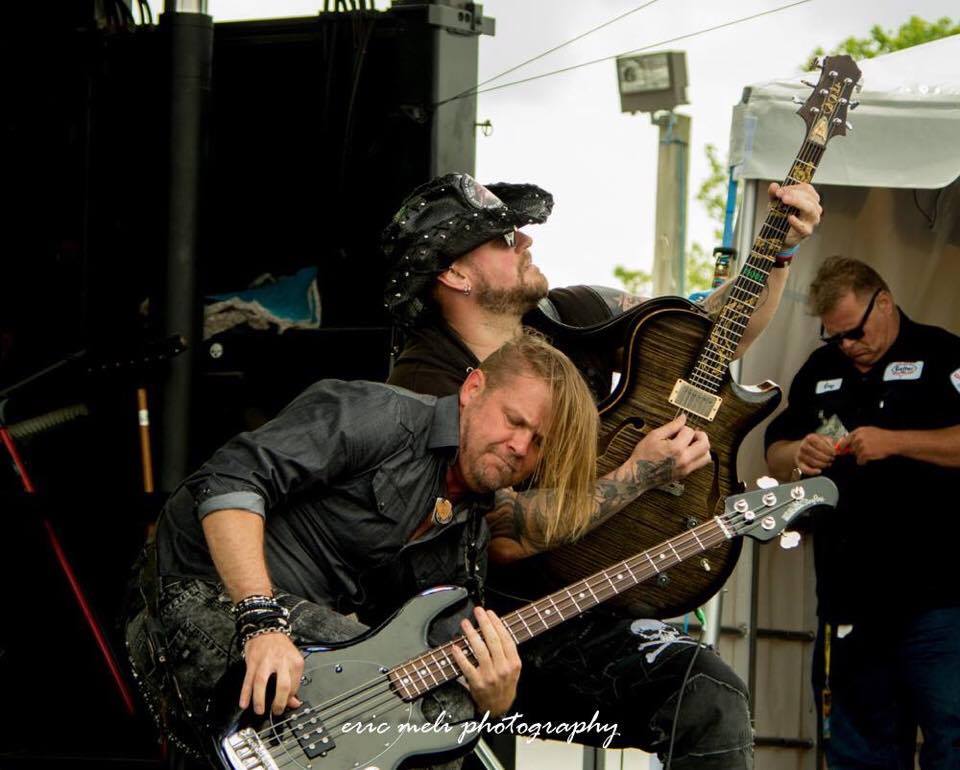 Of all the songs you’ve written, composed, or produced—whether alone or with co-creators—which one is your biggest pride and joy?

I really like to look at that from a couple of different angles. Number one as a professional producer-musician I have to look at things from a business sense. In other words what made the most money for me. The other stands I would like to take on this question is from the art artist Scott Wilson. The creative side of me. I’m very proud of everything that I’ve put out or I would never let the public hear it. The acoustic version of the Tantric song ” Mourning” I produced/played/sang on; is a very good representation of both. This was done with former tantric members Tj Taylor and Derek Isaacs. We worked to change the arrangement and added a little different flavor than the original piece. That was a fun thing.

You started your professional music career at age 17. For most, this is a year of proms, final exams, and puberty. What was it like as a teenager to be plunged into a career that most only dream of?

For me, it was a slow build up. I had school and my career started in a ( gospel quartet) so the excess that came later wasn’t as big of a shock as it could have been.

The list of bands/artists which you have toured with is exceptionally long… is there a particular band, artist, or genre which you enjoyed traveling or performing with the most?

I have been very fortunate. I truly enjoyed many of the artists that I’ve played for answered with. A few highlights, of course, were playing for John Elefante from the band Kansas, he was one of the most amazing vocalists  I’ve ever stood behind, and of course, I enjoyed all of the fans and shows through the years with the band TANTRIC. It was my longest standing career job so of course, I got to know the fans the media that love that band and the heart and soul of TANTRIC.

So we walked way around the mountain with this question for me to give you this answer. I am truly the most content and happy with Saving Abel that I have been in my career. These guys are all very similar to me both musically as well as just how we are as humans. These guys work really hard and we have a great time as well. 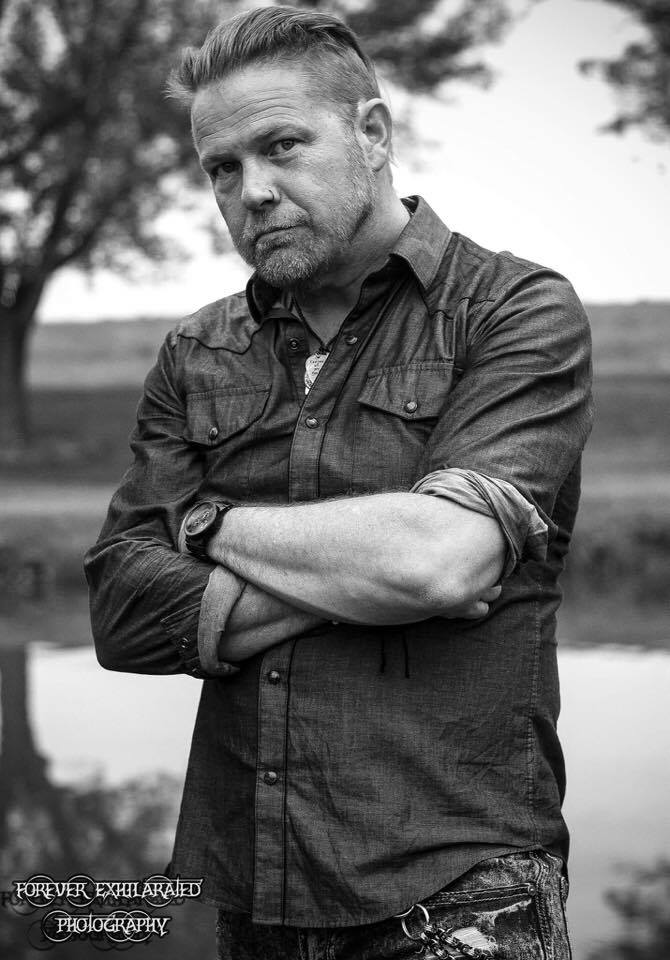 In your line of work, there are bound to be some crazy moments, whether it is sound equipment gone wrong or crazy backstage fans… do you have any off the wall stories you can share with us from your touring life?

Oh my gosh, do things ever go wrong. I guess one of the craziest moments ever in my career was the time that TANTRIC was on our way home from a long drive in the bus. We were at mile marker 37 close Close to home in Kentucky and suddenly the bus engine stopped and we pulled over it was on fire. We all grab what we could, ran off of the bus to the side of the freeway where we realized everything was solid ice and snow. The crazy thing about mile marker 37 is this was during the 37 channels TANTRIC tour. It felt almost like some sort of omen.of course there are many many stories. I have been taking notes for a number of years to release a book at some point called “I can’t make this shit up.”

The music industry is not easy to break into and it’s definitely not easy to stay in, but you seem to have managed to remain secure in your work. When did you decide this was the industry for you?

When I was eight my father took me to a concert in my hometown. This concert was at a football stadium at the high school I would later attend. It was what was called a homecoming concert for the band Exile. I stood and watched thousands of people cheer for these guys on stage playing music. After the show, I was asked to come onto the bus and hang out with them. Everyone in that band took the time to speak to a little boy. I watch them and how they carry themselves and looked around the really cool tour bus and said I want to do this.

Okay, so it was inevitable… I have to bring up your ink. Can you give us a run-down of what you have and where?

I have a theme on my right shoulder and arm that is petroglyphs. Most of them are pieces of art that I hiked to and took photographs and then had them tattooed on my body. On my left arm/shoulder, I have a phoenix that I drew and had put on my arm. And then I have a decent size back piece with my nickname inside the letters are all of my guitar heroes logos. 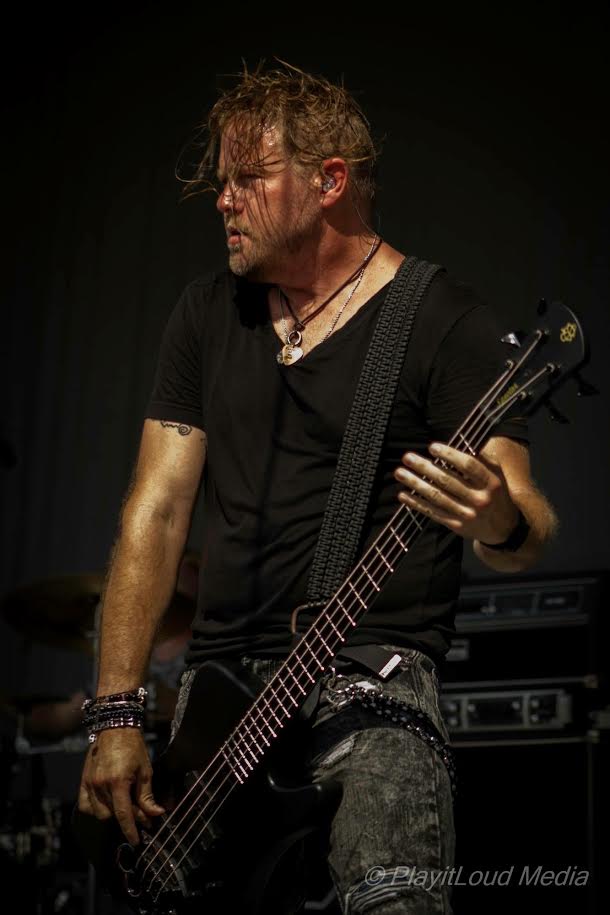 Is there a particular style of tattoo that you prefer or do you have a collection of styles?

All of my pieces are very different. I do like the old-school pinup style quite a bit.

Over my career, I’ve talked to a lot of touring musicians. Some of them collect tattoos as they travel—using them as a visual road map of where they’ve been. Others have a specific artist which they go to—no matter where life takes them, they always travel back to this one tattoo artist for their work. Do you prefer to stick with one artist or do you not have a preference?

We do get to travel and I do meet a lot of tattoo artists. A lot of the musicians that I’ve been with have simply gone to anyone who would like to tattoo them. There’s nothing wrong with that at all and occasionally I’ll even go with them and watch the ink sling. However, I’m fairly selective and take time to research typically before I have someone use me as a display for their art.

I mean, heck, Scott Bartlet has a clothing line based on his tattoos. I can’t hold a candle to that.

What can fans expect to see from Scott Wilson in the near future? Is there anything we need to be on the lookout for?

Saving Abel is working on a new record as we speak. Today, while I’m doing this interview Scott Bartlet is tracking ideas for guitar riffs for our new upcoming release. Scott and I have been working on quite a few ideas the last couple of days. But the entire band has been working on ideas for this record for quite some time.

Finally, is there anything in particular you want to tell your fans and our readers?

First off, thank you guys for taking the time with me. Secondly, I hope to meet as many of you people as I can out on the road. I love our tattoo community and where I’m from in Colorado Springs we have a strong tattoo family. Everybody be sure to watch out for the new Saving Abel CD and come check out a concert soon. 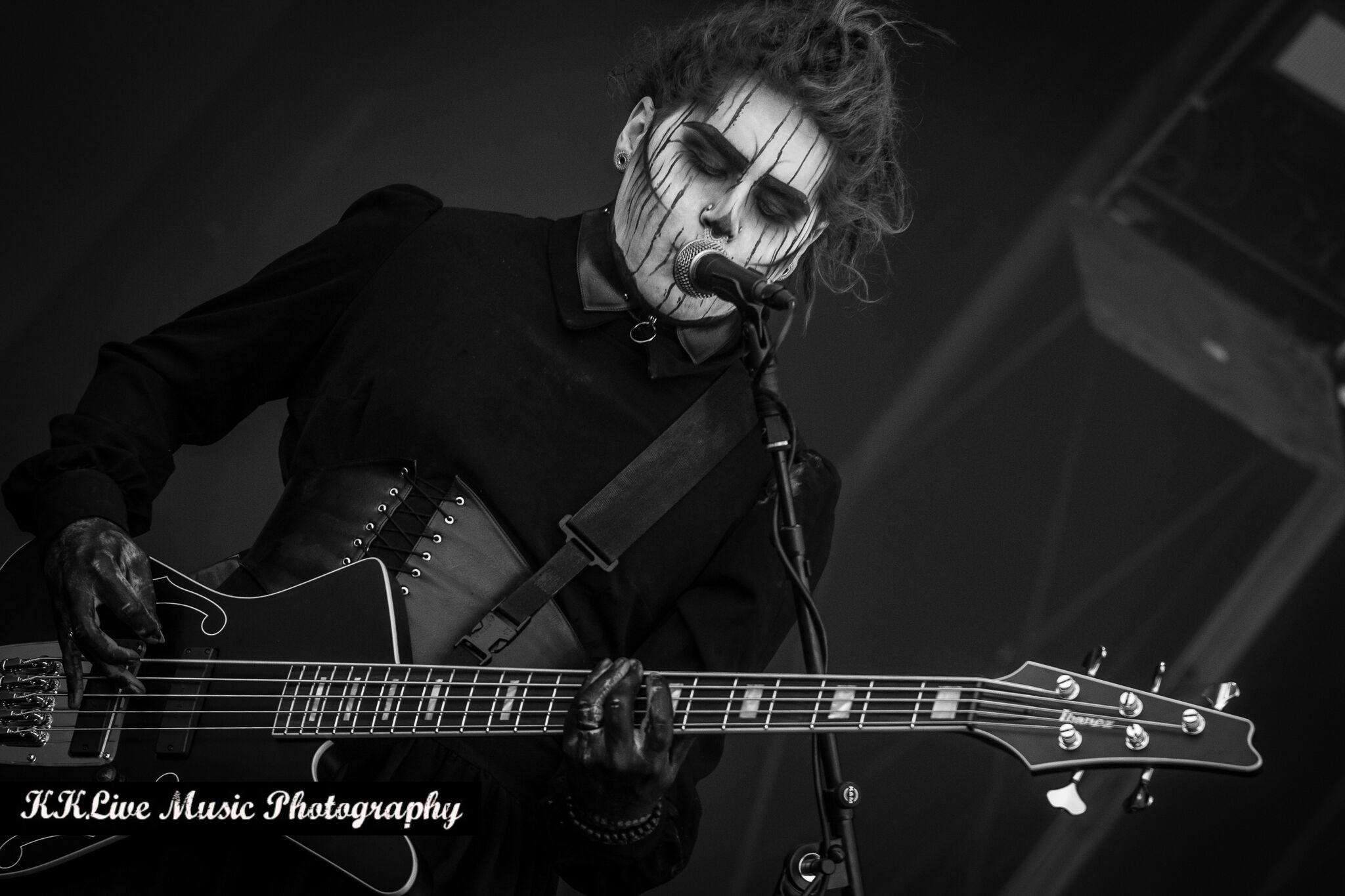