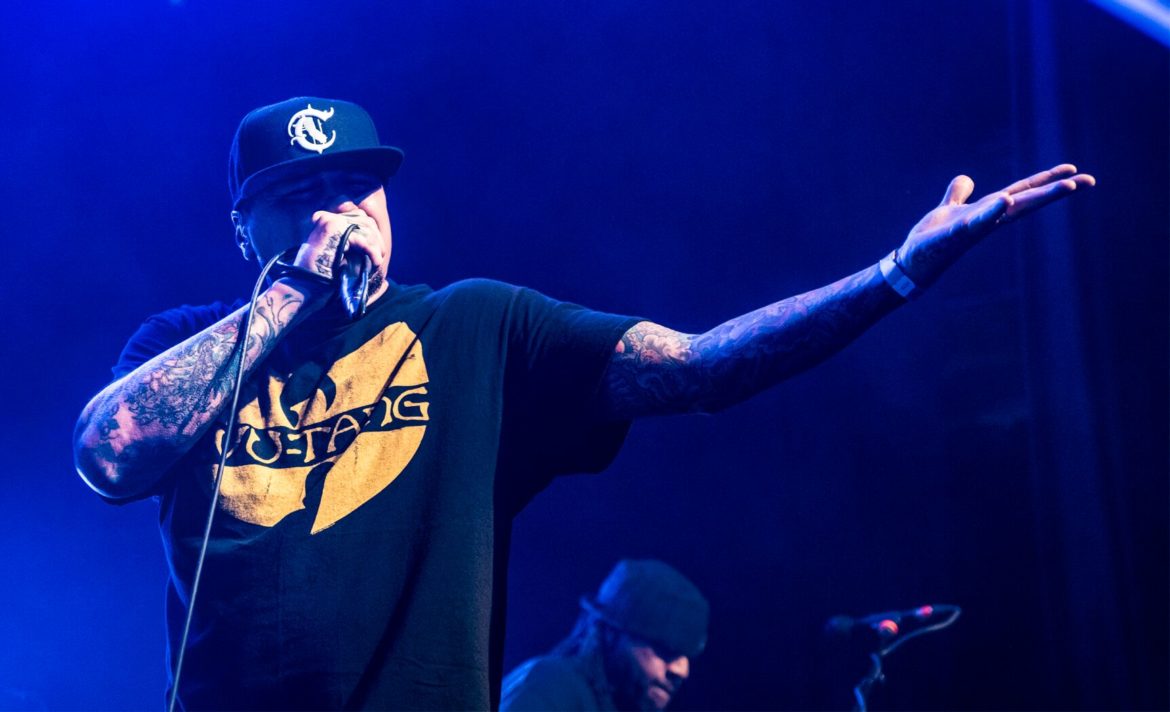 Most of the time when you’re attending a show, you’re more interested in seeing the headliners play than the opening bands. But when the local bands are as good as they were on Saturday, Feb. 25th at Canton Hall, in the heart of Deep Ellum (Dallas), TX, our faith in new bands and arriving early has been restored.

We started the day around 3:30 pm with back to back interviews with P.O.D., Islander, Ded, and a meet up with Messer’s Danny Deville, who is not only a six-string assassin but a top-notch tattoo artist. Donnie and his band weren’t performing that night- they had a couple days off before heading out on tour with Red, Lacey Sturm, & Righteous Vendetta so we took the opportunity to talk to him about music and the art of tattooing.  Keep an eye out for Mr. Deville’s interview coming soon to Tattoo.com. 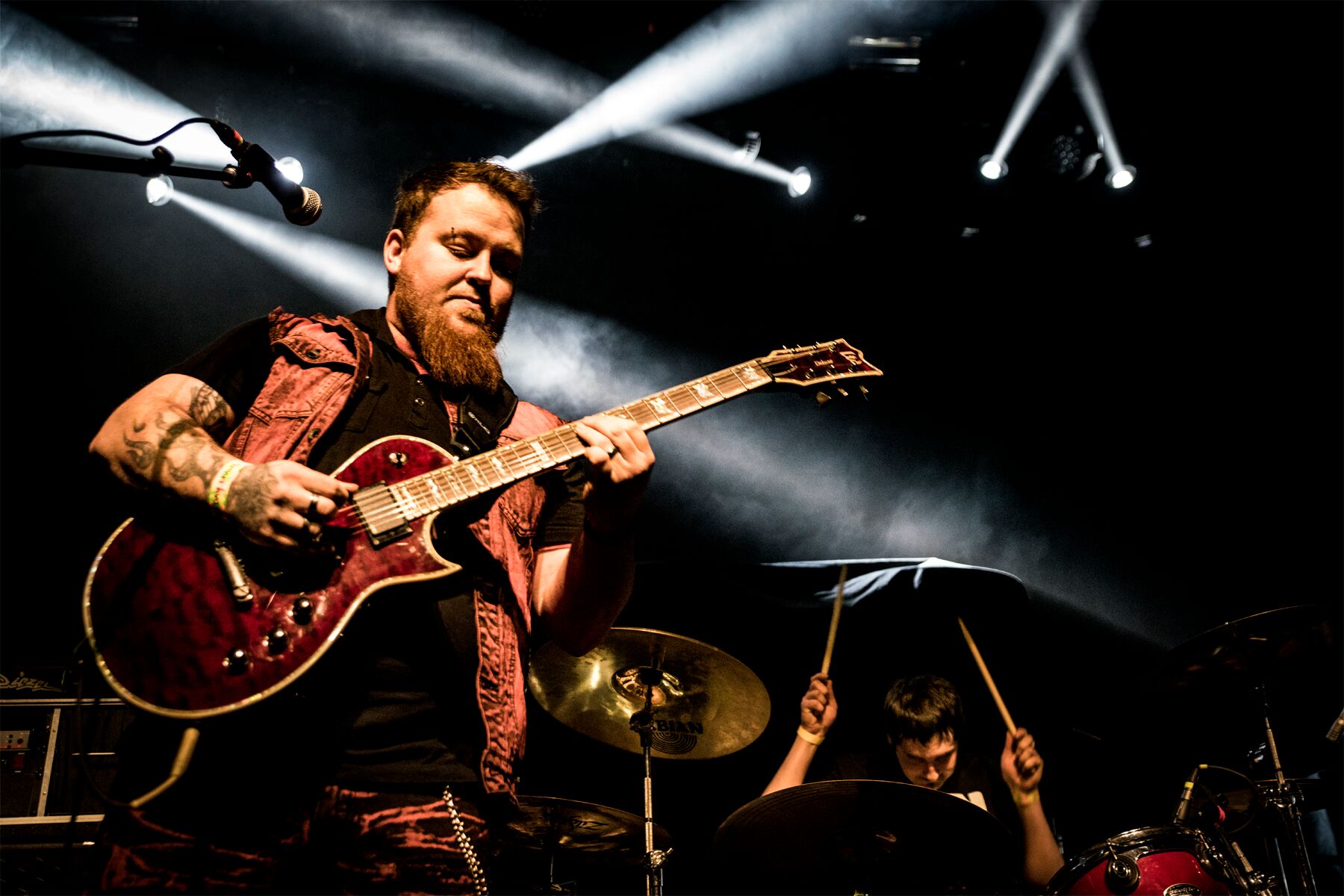 The night kicked off with Last Day Living, who defines their style “Borderline Metal” and I concur. It’s often hard and heavy but has, at times, has the heart of a legion of angels. The lead singer and guitarist, Shawn, brought his son on stage as he dedicated a song to him. All the while the little guy was rocking out and throwing horns like a pro. It melted my metal heart. Beyond the emotional reaction, I was beyond impressed with the band from the first note. 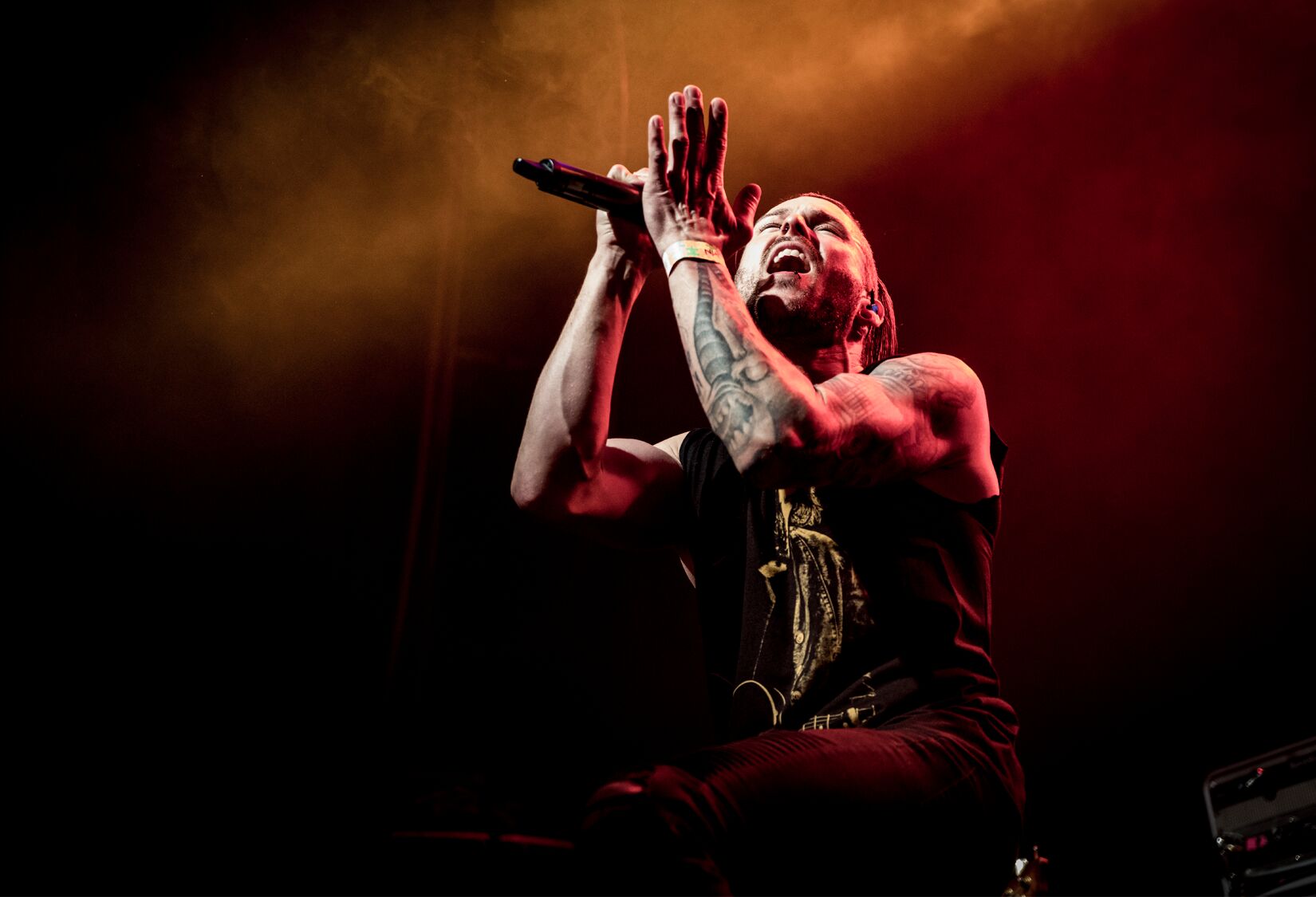 Next up was Adakain, the other local opener who I had never seen perform until this night. My hope was that they would rip the roof off as much as the first band. They not only lived up to that, they made me a new fan. Both opening bands re-affirmed why it’s a good idea to show up early to a show, especially if you are not familiar with their music. 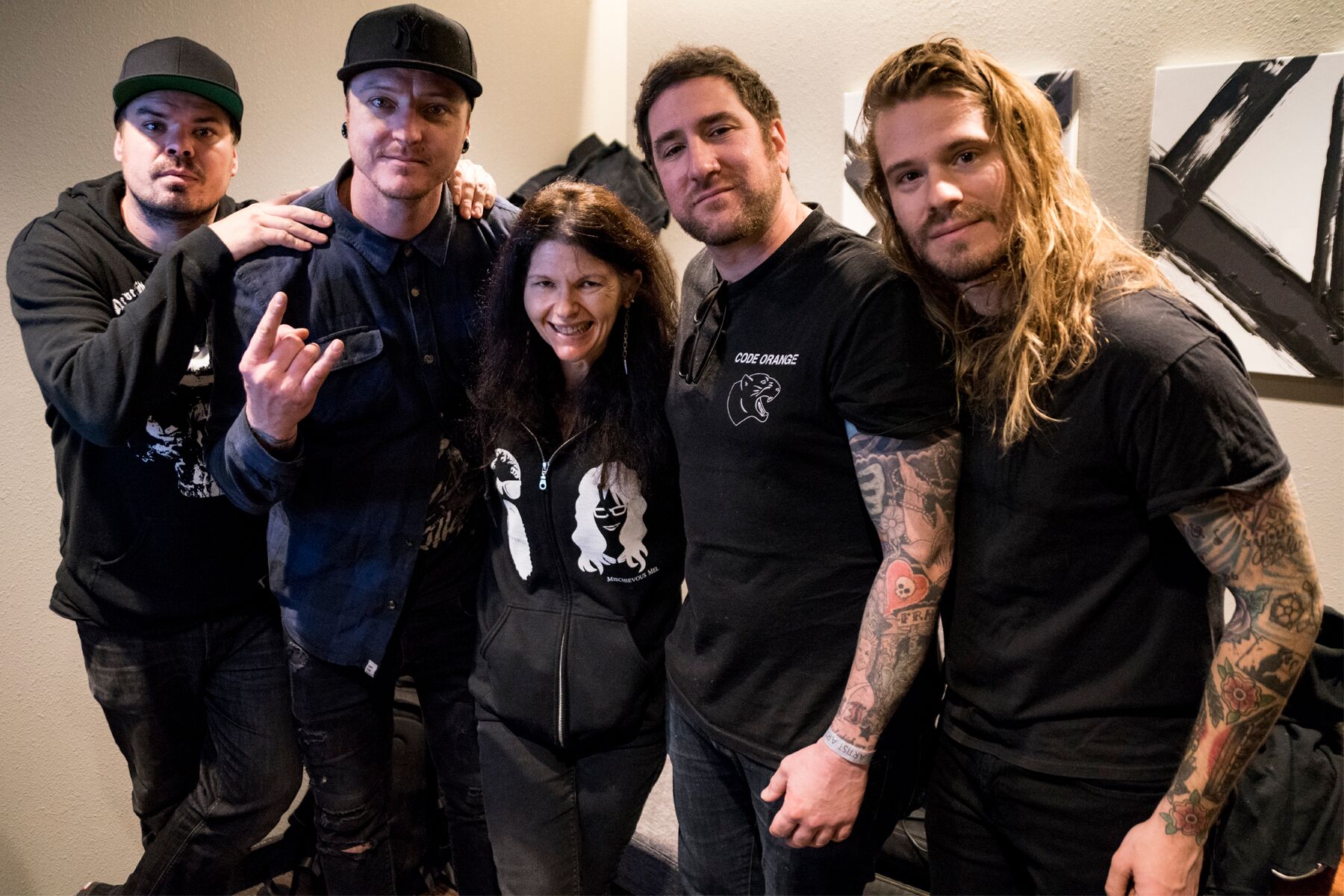 Now let me move on to Ded. It’s no secret that I’m a fan. I first saw them on the ‘Worlds Loudest Month’ tour at Carolina Rebellion in May 2017. Again, at that time, this was a band that was new to me. In fact, they were in their infancy. Soon after their inception, they came out into the musical world in full force, playing on stages with KORN, P.O.D., Stone Sour and many other legendary Rock & Metal heavyweights. 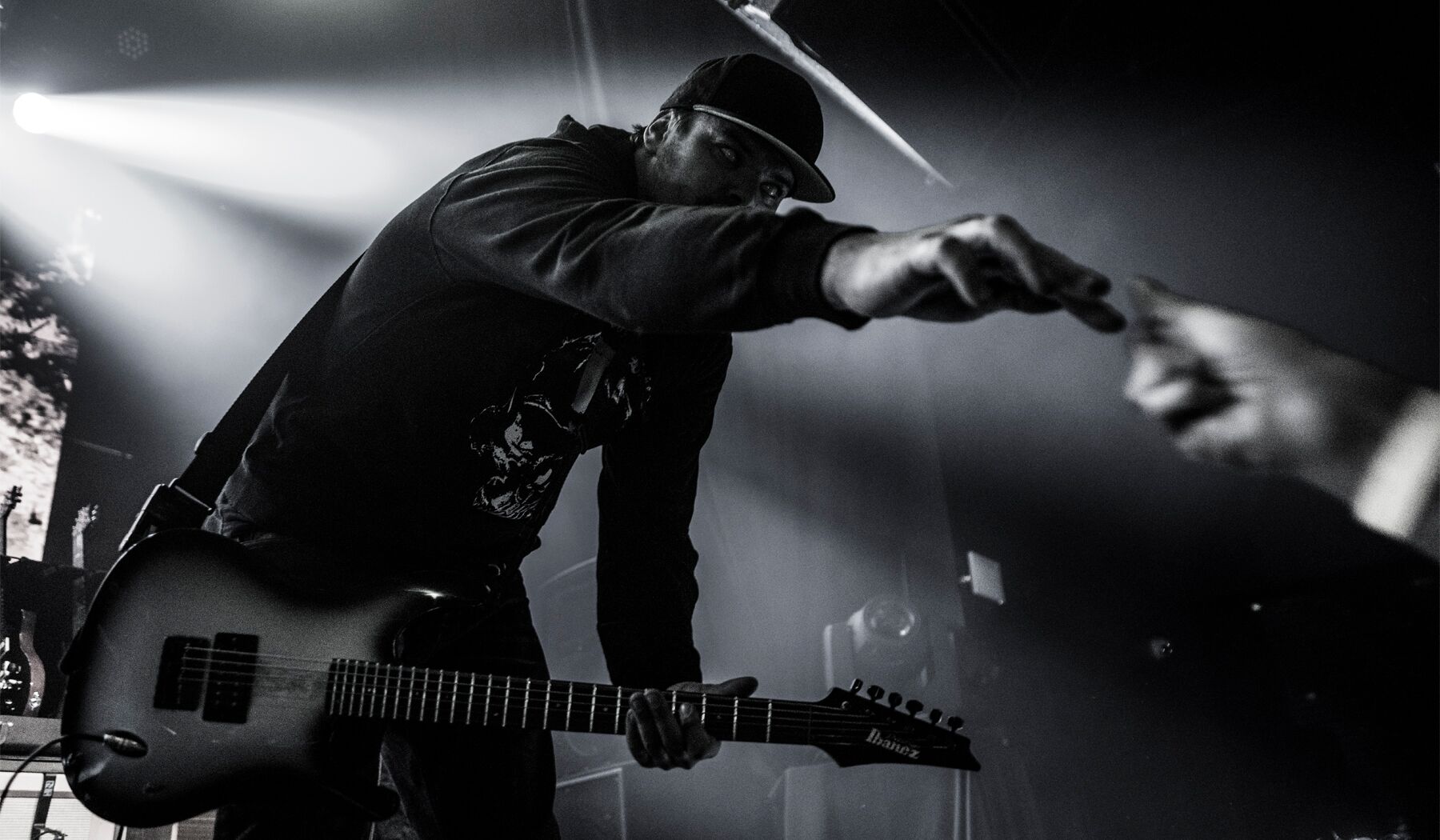 For me, Ded’s music serves as anger management therapy. They write unfiltered lyrics about the way people are and about how shitty people can be. They are honest, hard-hitting, emotionally raw, and epic. They make you want to haul ass in the gym and pit like a pro at the show. They help you release what most people bury and then they blow. This is a band that is no joke. They are here and ready to take over and are earning every stage they conquer. Look for our video interview with the entire band coming soon to Tattoo.com. 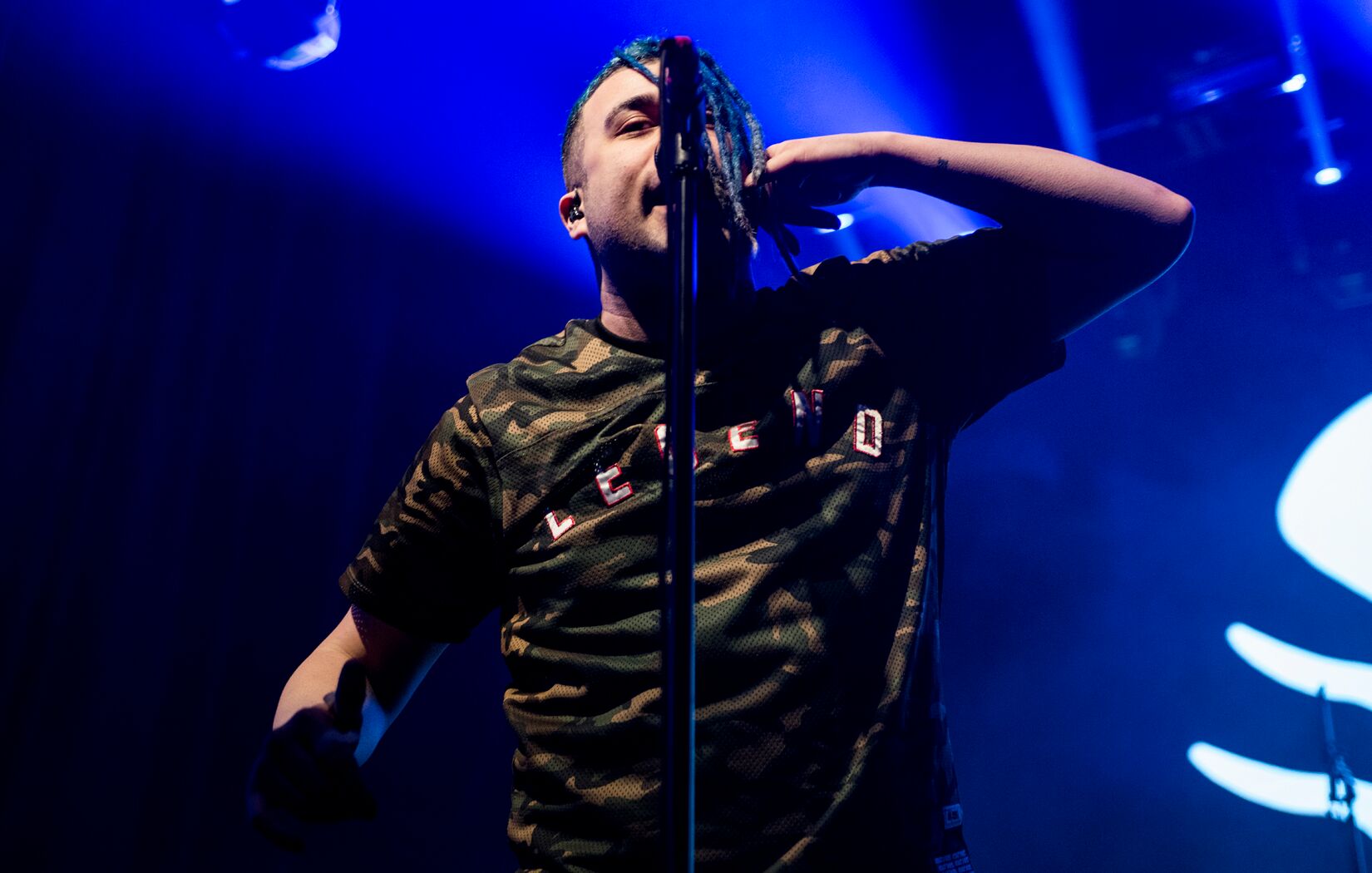 Islander is a band that we first discovered in 2015 and is in the same vein of P.O.D.  Though new to the music national/international music scene, band founder and vocalist Mikey Carvajal has paid his fair share of dues and has talent beyond words. The best part about watching Mikey perform is that he loves to crowd surf and to make fans a part of the show, giving them an unforgettable experience each time.  So put Islander on your must-see list and check out our ‘Green Room’ interview with Mikey coming soon to Tattoo.com. 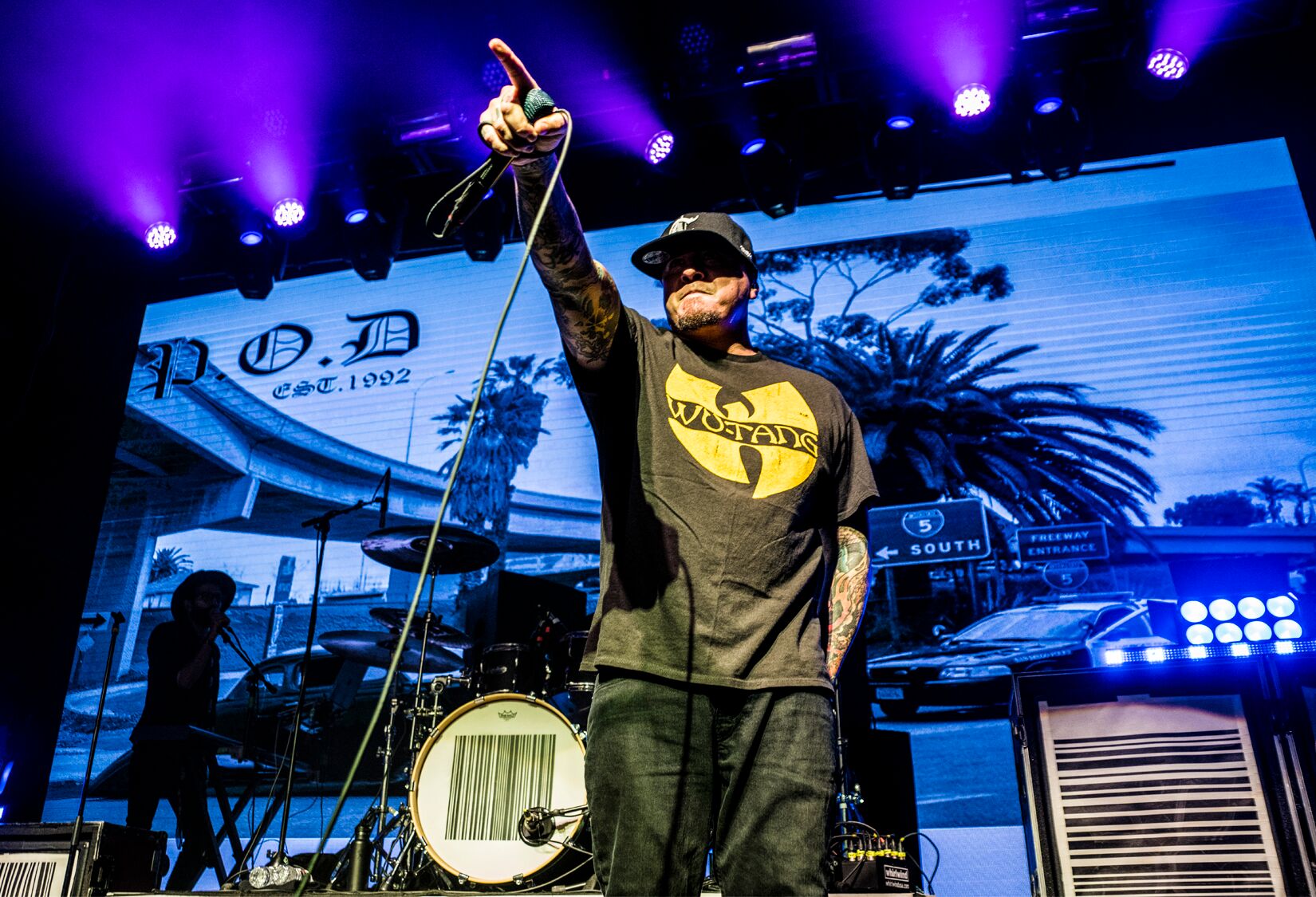 Though San Diego rock/punk/reggae titans P.O.D. have been around since 1992, they prove every time they perform why they are still relevant and have a rabid, growing fan base today. They stay on top because they truly love what they do from the bottom of their souls. They appreciate the fans, the gigs, and refuse to sell out just to be on the radio or sell more albums. Instead, they strive to put their passion and talent into the songs regardless of who will play or buy them. 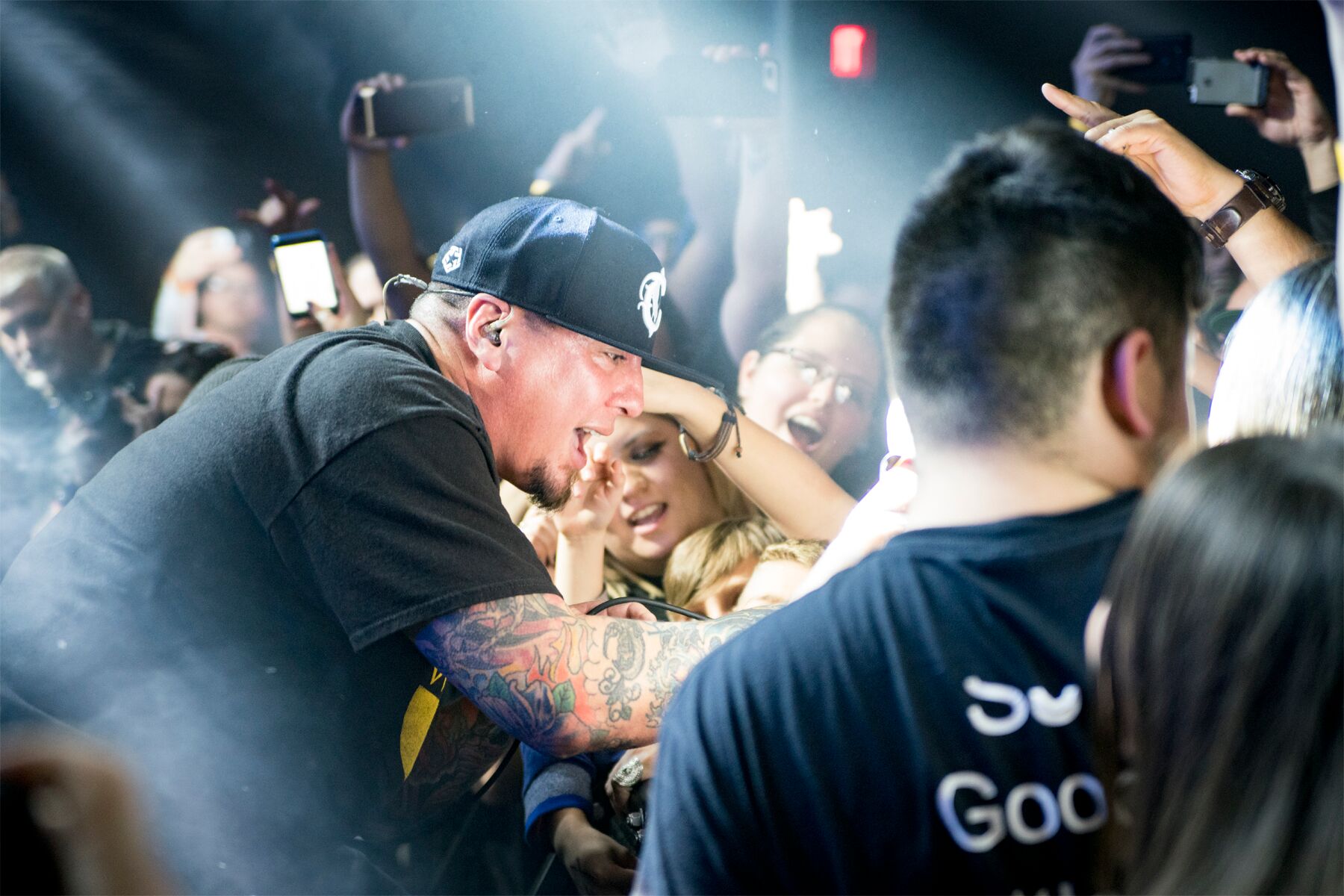 They play rock, rap, reggae, metal and more. You can hear the full story on this from lead vocalist Sonny Sandoval, who we had the awesome privilege to chat with on the band’s tour bus. Believe me, when I say that we could have talked for hours that’s no bullshit. But the time before a gig is precious to any band and they need to prep without being interrupted. That is why we want to thank each band for spending some of that precious time doing pre-show interviews with us.

Thanks for reading and come back to Tattoo.com soon for the ROCKwell UnScene Magazine video interviews with P.O.D., Islander, Ded, and tattoo artist/guitarist for the band Messer. 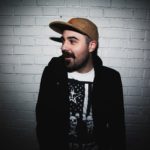