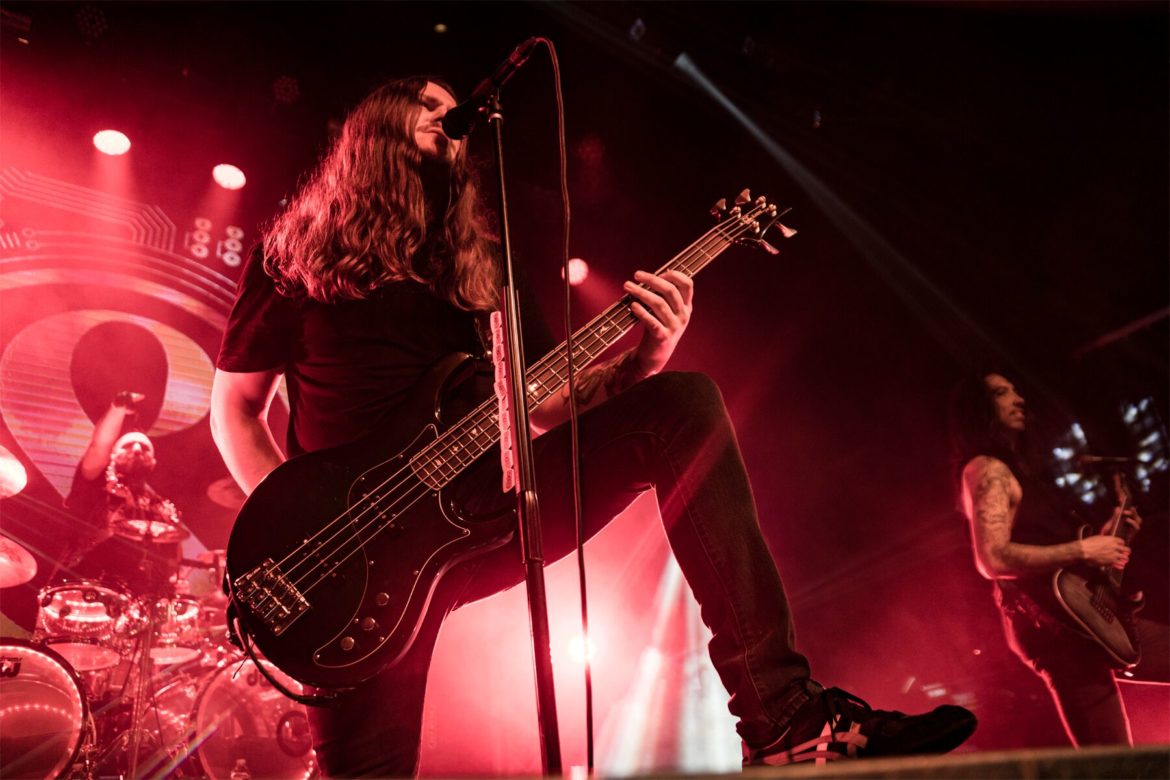 Fire From the Gods, Cane Hill, blessthefall and Of Mice & Men took over Canton Hall (Dallas, TX) on February 28th, leaving a packed crowd utterly blown away.  As a long-time fan, I have seen all of these bands perform at one time or another – but this was the first time I got to see them all at once. 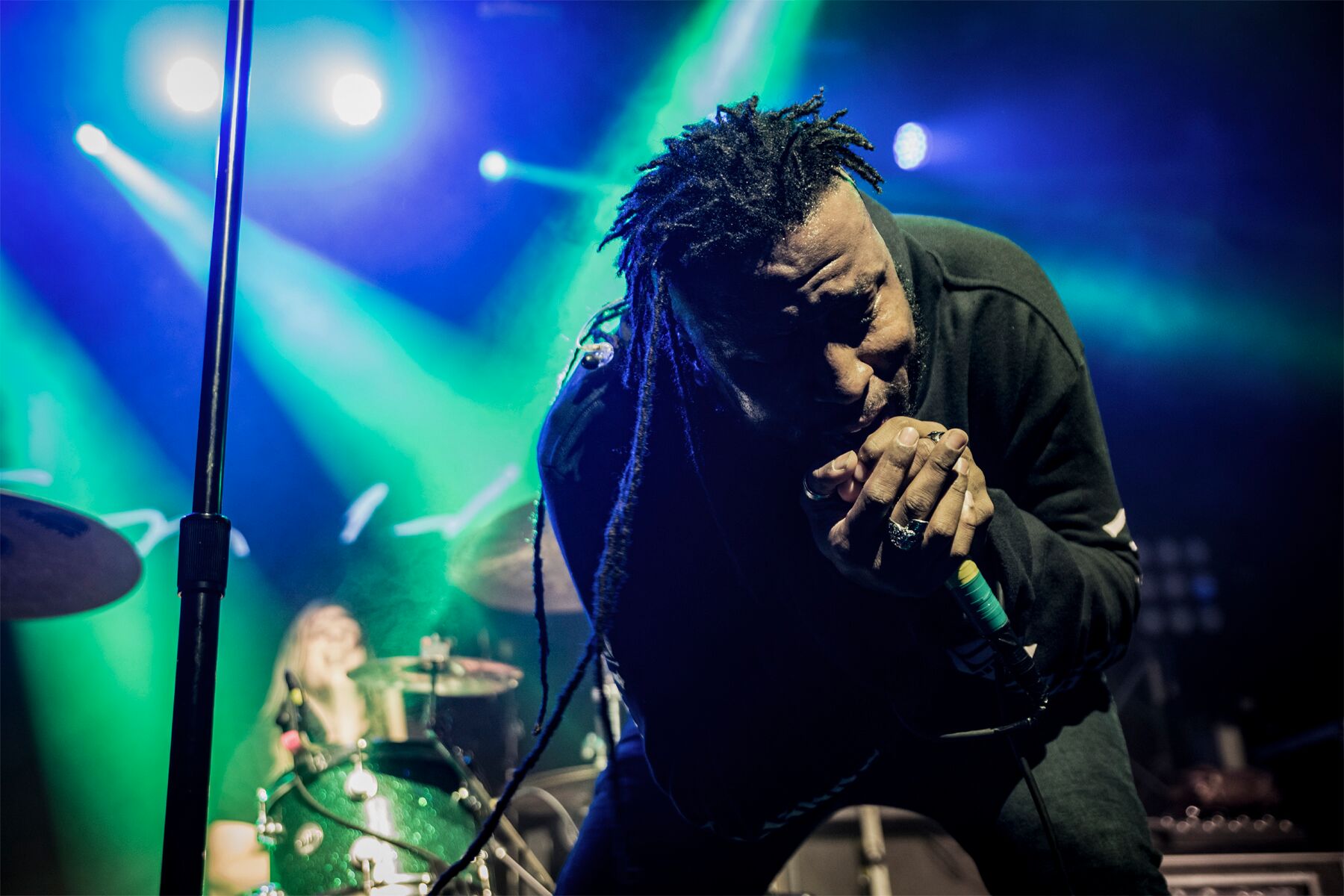 Exploding onto the stage to open the night was the sole Texas (Austin) band of the evening, Fire From the Gods. The crowd came early and pitted early. Not a bad way to kick off the night. If you did not get a chance to hear them be sure to pick up Narrative Retold on Rise Records. The album features 2 songs produced by Korn’s Jonathan Davis. 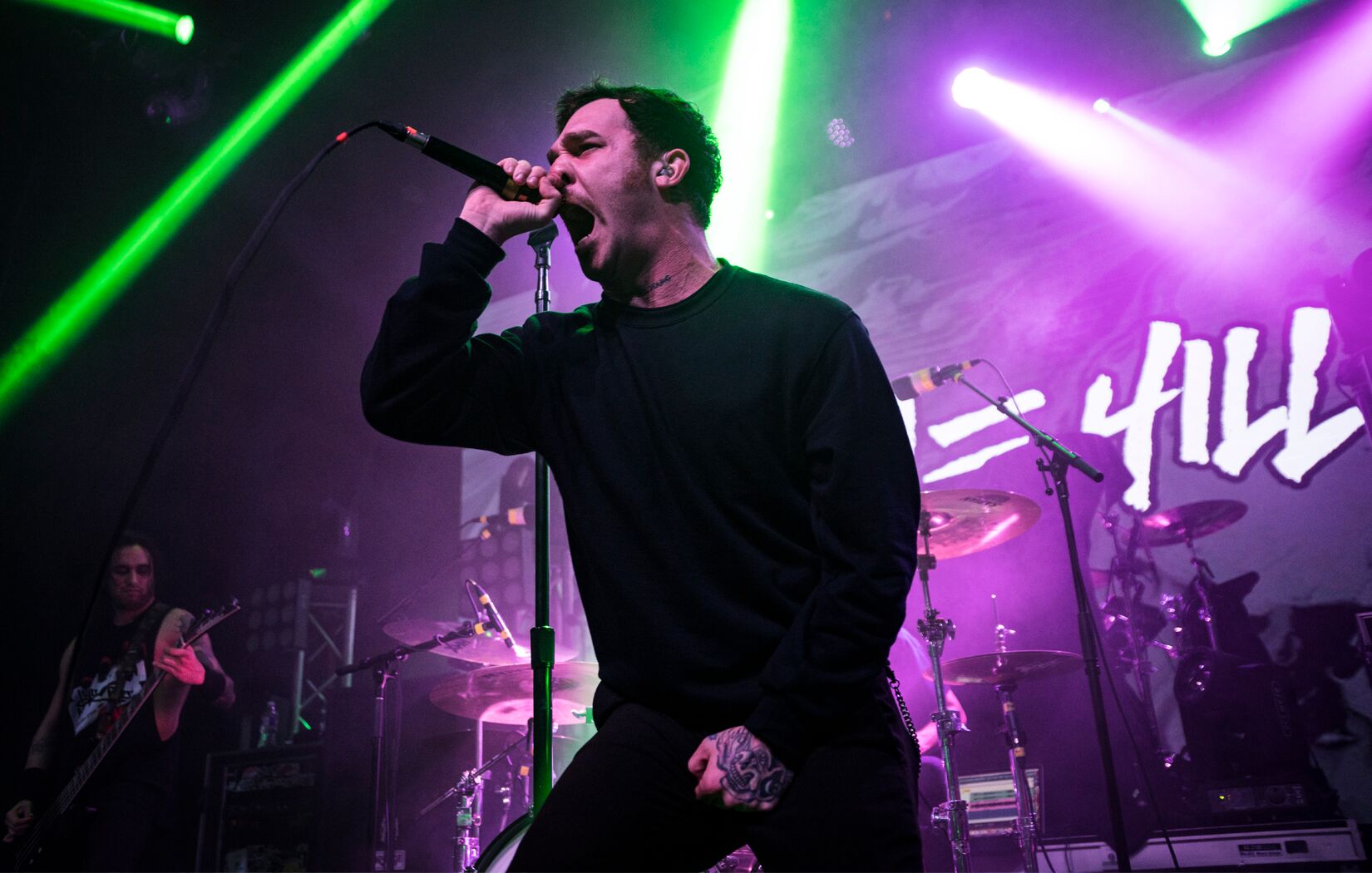 Cane Hill took over next… and to be fair, that is an understatement. For those Dallas residents who were not in Canton Hall, that earthquake you felt centered near downtown Dallas was Cane Hill. I dare say they were the loudest vocals and heaviest vocals on the stage and that is an impressive accomplishment when your next 2 bands up are Blessthefall and Of Mice & Men. To see what Cane Hill is all about check out the video “Lord of Flies” off the album Too Far Gone. Once you get the album, hit the venue when they come to a stage near you.  Stay tuned for our interview with Witt (lead vocalist of Cane Hill) coming soon to Tattoo.com. 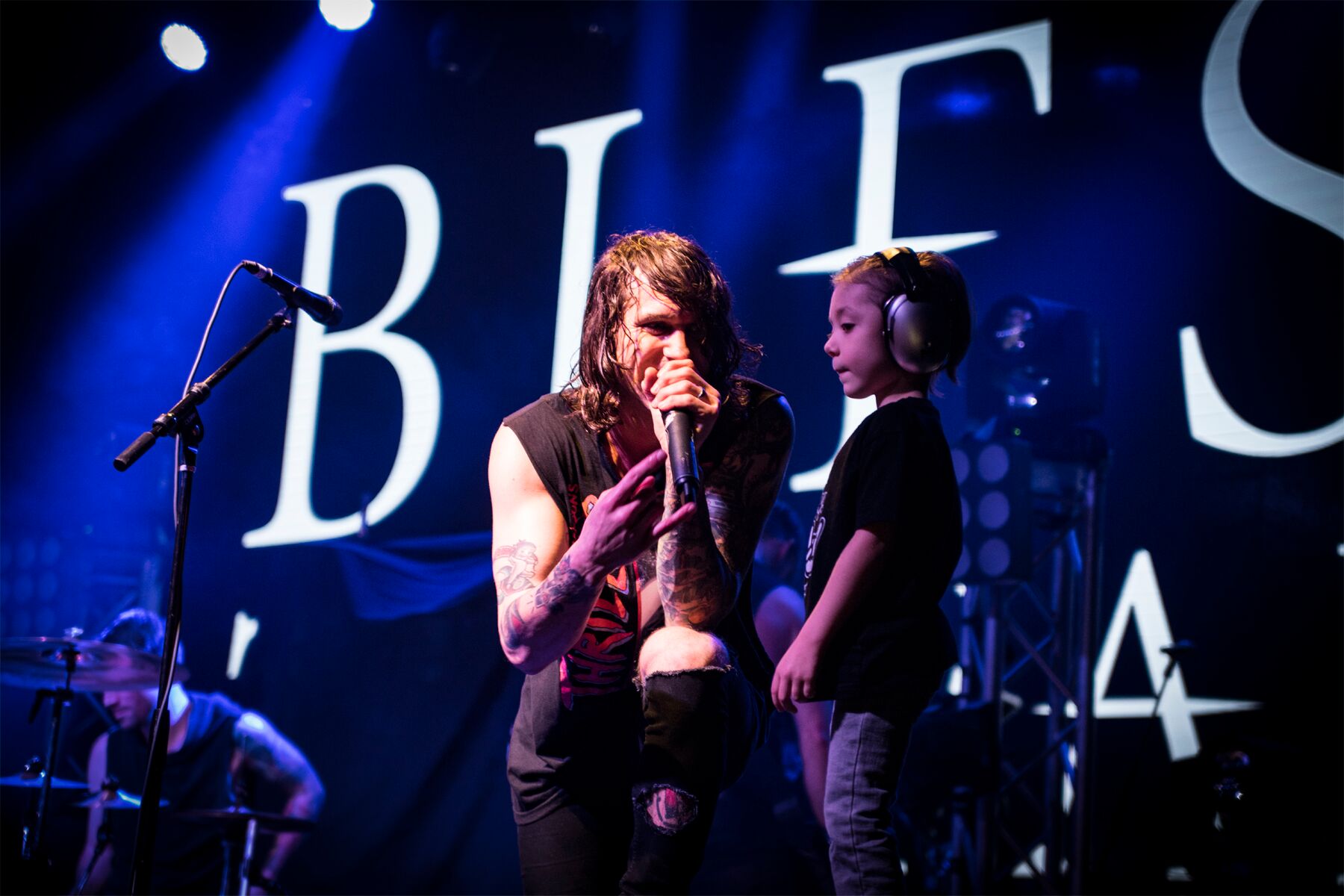 blessthefall commands all eyes on them when they step on stage – any stage. Canton Hall’s stage was no different. With a crowd that circle pitted, and body passed the set away I could see the fans getting 1000% from the stage. The reaction was pure electricity. One of the most heart-melting moments of the night came when lead vocalist Beau Bokan recognized a 5-year-old super fan and brought him on stage. You can be part of the blessthefall fan family when you pre-order their new album Hard Feelings dropping 3/23/18, and you can listen to Beau talk about it and his ink in our interview, coming soon to Tattoo.com. 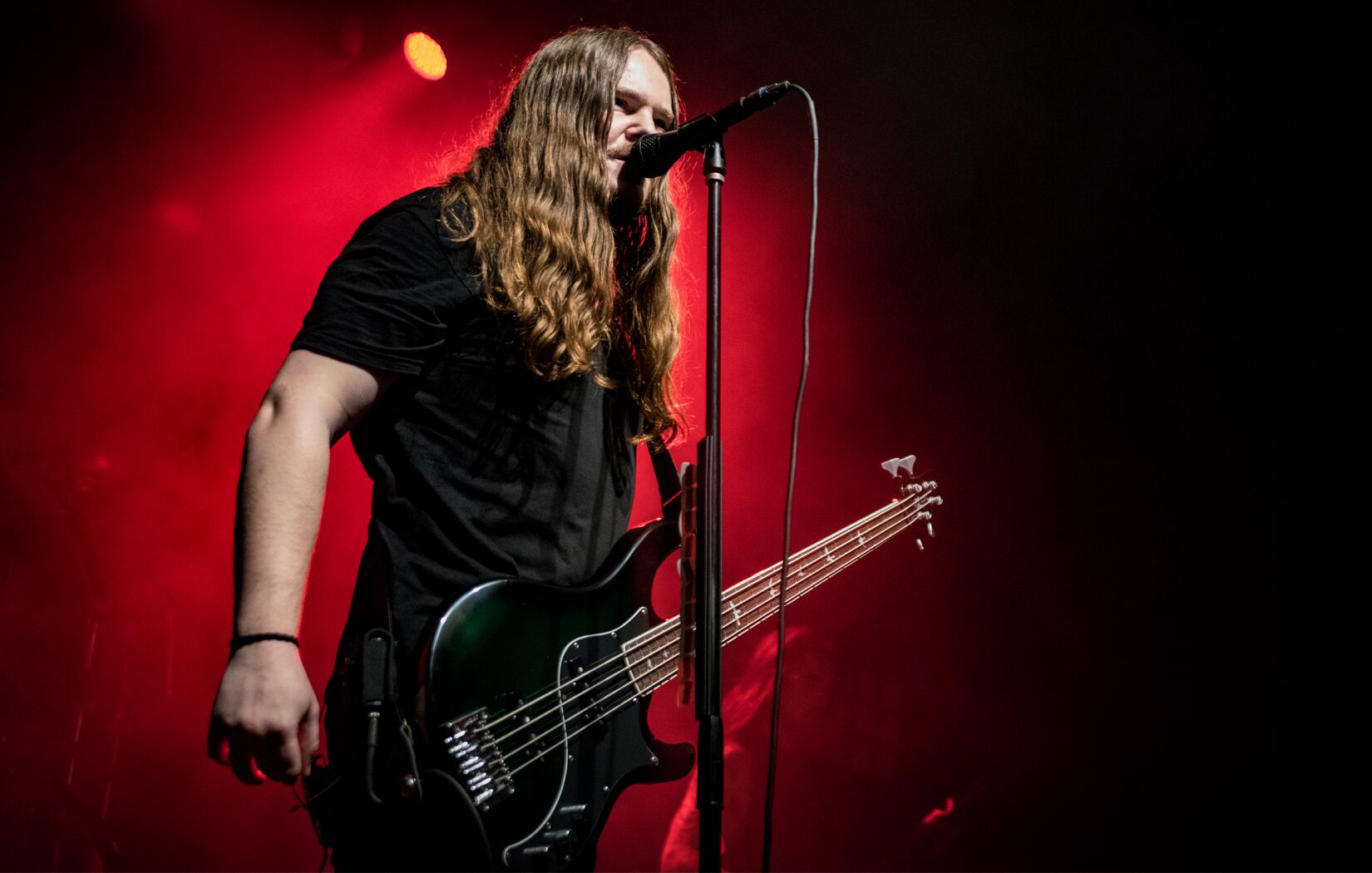 Of Mice & Men, headlining this tour in support of the new album Defy, released 1/19/2018, was up next.  Before the show we had a chance to interview Aaron Pauley (lead vocalist & bassist) & Valentino Arteaga (drummer) who said “Sitting on 12 songs is hard to do”, referencing the fact that the album had been done for a long time before it was actually released. Their performance at Canton Hall reinforced why they are one of the top bands on my playlist in the car and at the gym. Aaron not only shreds on vocals but he also shreds on bass. Doing double duty is extremely difficult, and since seeing him at Las Rageous in April 2017, he has become a force of a front man. But please don’t take my word for it, check out Of Mice & Men when they come to your town. Look for our interview with Aaron & Valentino coming soon to Tattoo.com. 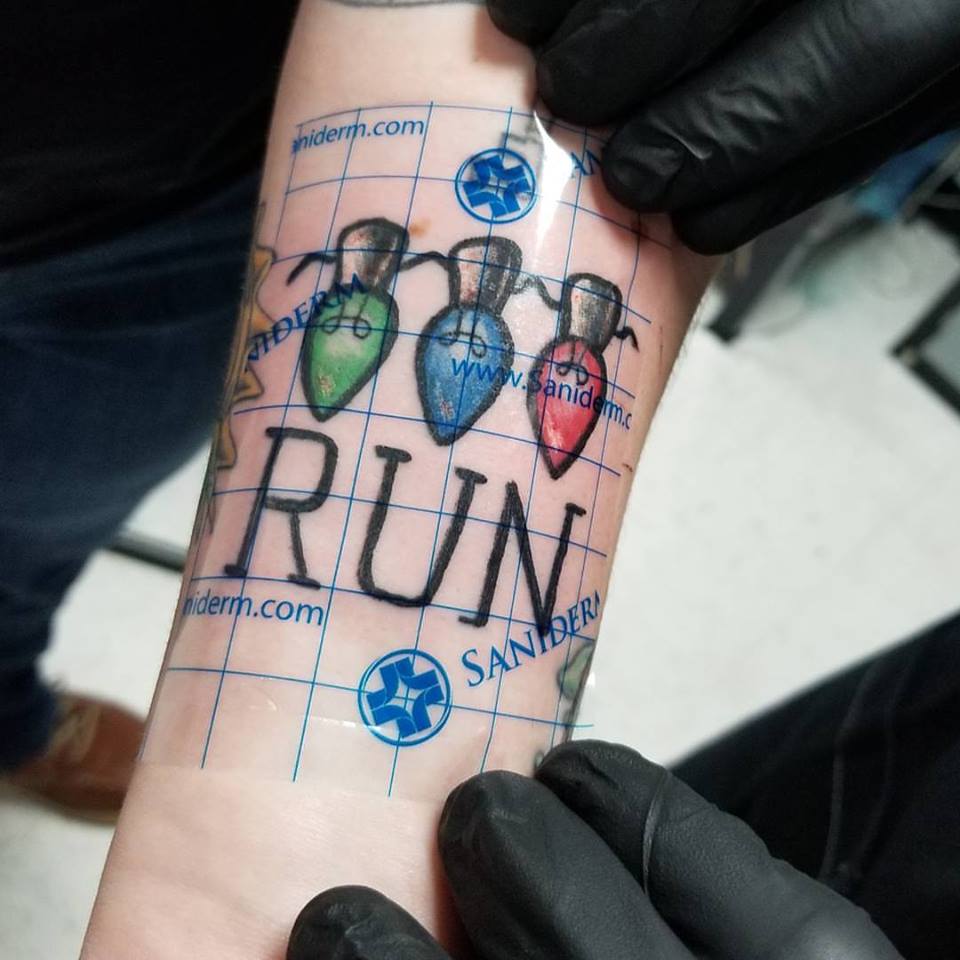 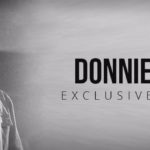