posted by Erica B
First and foremost, demystify exactly what Banana Ink is all about.
Banana-Ink provides the opportunity for anyone to make a tattoo using professional tattoo equipment… but on the skin of a banana. Step by step, we explain the principle operation of the razor and how to use it, the principle of hygiene, and finally, how to make the tattoo. It does not matter how old you are, what culture you come from, whether you are a tattoo artist or a person with a tattoo, or if you’re someone who’s  just curious about tattoos – anyone can create a tattoos with Banana-Ink.
Why Bananas?
Bananas are the first fruit I heard about that can be tattooed (the skins work well on flat surfaces and not to mention, bananas are delicious). For years, tattoo studios would have their apprentices practice making tattoos on banana skins. Banana-Ink expanded on this concept by making it possible for anyone who wants to try their hand at tattooing.
Where and when did you put your visionary skills to work to create such a concept?
I started in 2009 at Ink-ognito, a tattoo studio that is owned by my friend Tofi.  I wanted to try tattooing for fun, so I gave it a try there and I liked it. In 2010, Banana-Ink reached the organizers of Tattoofest in Krakow. They asked if I could explain to visitors how to use a tattoo machine. We did not know what to expect- but it turned out that all wanted to try it. Two weeks later, I have already spoken with other organizers. Then I thought that it makes sense. In 2010, I was at one convention and now, in 2016, I have planned 42 trips.
What is your overall intention for the general public pertaining to Banana-Ink?
I want to promote the tattoo culture and inspire artistically talented artists to try different tools.  I also want to build awareness of how difficult the art of tattooing can be, and through that awareness, people will appreciate their hard work and talent.
If you could book a trip on a time machine, where would you go and why?
I would go back to 2007 and not participate in my car accident.
Where do you foresee Banana-Ink over the next five years?
I want Banana-Ink to be all over the world!
What has been your all time favorite banana creation thus far?
Two parts of broken skateboard forming a heart – done by Marcin Jaskowski, who is now my friend and tattoo artist. He was the inspiration behind tattooing banana skin and now he works at tattoo shop in Wrocław.
What function do you perceive creativity serves in society?
Anyone who is creative should be doing something he/she cares about . If things go well, you can be happy doing what you love for a living.  It is cool to be happy.
What tattoo conventions are you visiting in the near future?
Tatcon Blackpool, Szczecin Tattoo Convention, EndlessSummerTattooConvention Kamen, Barcelona Tattoo Expo, Tattoo Konwent Katowice, Warsaw Tattoo Convention, Hong Kong Tattoo Convention, and some open days in tattoo shops.
Follow Banana-Ink on Facebook 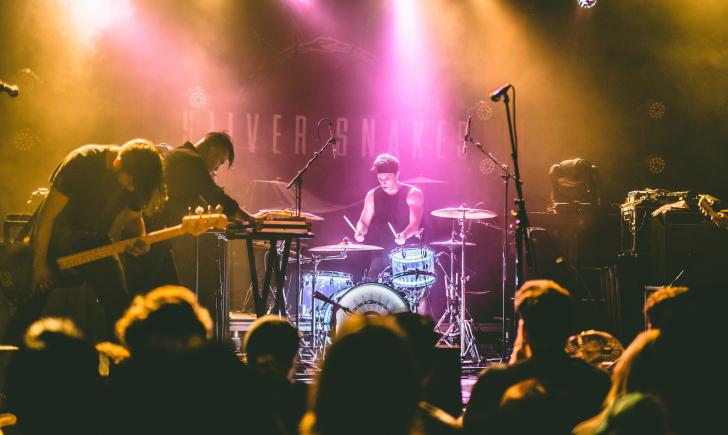