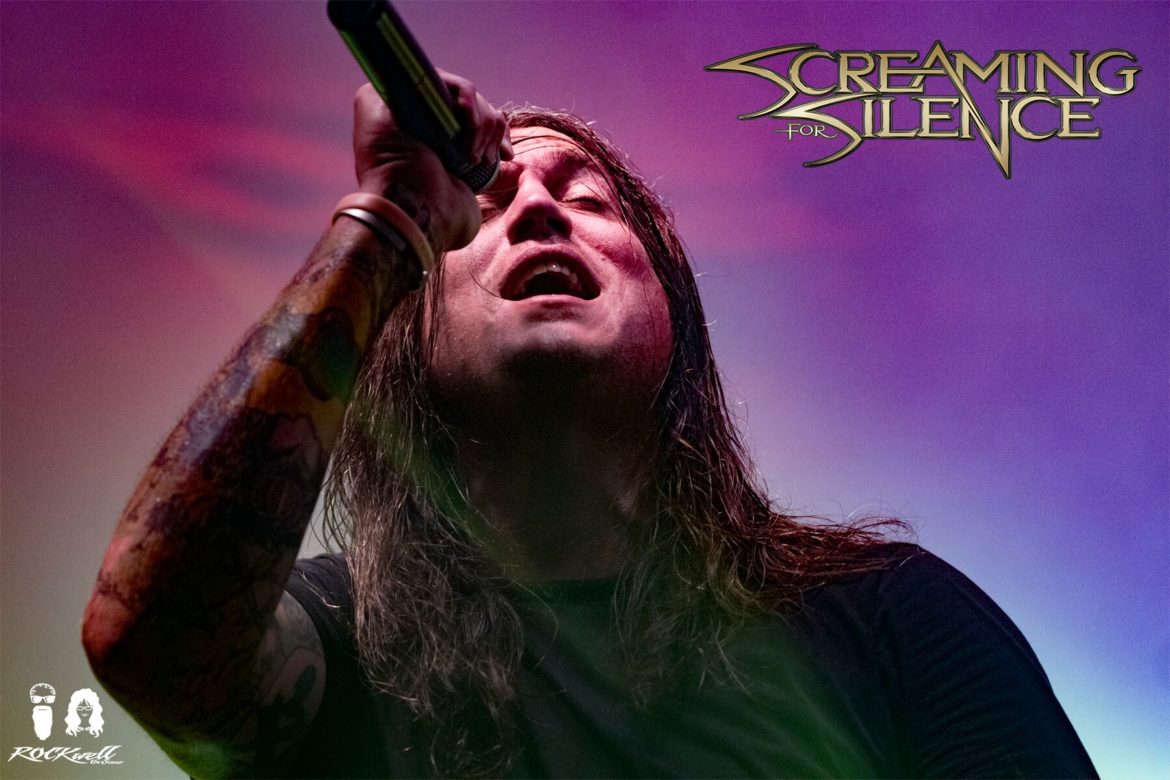 We first met the Omaha, Nebraska/Council Bluffs, Iowa-based band Screaming for Silence at NAMM 2014. Fast forward to 2015 and we saw them headline the Whisky A Go Go in Hollywood, CA and watched them dominate the Ernie Ball stage at Rock on the Range. This year, we caught up with Screaming for Silence (one of the hardest working bands we’ve met) at Rocklahoma to talk with them about life on the road, their ink, and more.

Mel: Hey everybody it’s Mischievous Mel here at Rocklahoma 2016 and I’m here with Screaming For Silence! Introduce yourselves guys.

Zeb: My name is Zeb and I do the singing.

Danny: My name is Danny and I play the guitar.

Matthew: My name is Matthew and I play drums.

Mike: Mike and I play bass.

Zeb: We have the greatest job in the world, so off days are our work days. Work days are amazing and off days were miserable.

Danny: Three days off and it get’s kind of iffy.

Casey: Yeah three days off and we’re all itching to back on.

Matthew: Exactly, four days off and we’re all dying to get back.

Mike: I’m off every day so it’s all the same to me.

Mel: Your music is fantastic. How does it feel to take a stage in a strange city and to have the crowd know your lyrics?

Zeb: It’s really amazing. I actually sent a text message to my brother yesterday because someone came up to us when we were walking around and was like, “Screaming For Silence!” It doesn’t really hit me like that, we just go out and play music and do what we love to do. But it blows my mind that people recognize us and they know who we are. It’s our honor.

Mel: Shout out your music and where we can find can you next.

Mel: Is there anywhere you guys have not yet been?

Zeb: Those states better be ready for us, we’re coming.

Pete: I’m Pete Whitlow, I sponsor Screaming For Silence. I do all of their ink work and go on the road with them here and there.

Mel: You has some fantastic ink of your own so if you wanna shoutout go ahead.

Pete: This was just done in LA by Freddy Negrete.

Mel: Thank you for stepping into the interview. Let’s start with the shy guy!

Mike: All of my work was done at 10-6 Tattoo in Cedar Rapids, Iowa. I got worked on by Russ and Megan, they do great work. I got a bunch of random stuff going on. I have Freddy Krueger on my arm, I like that one a lot. I have my birth year on my hand, and that was just kind of another idea I had. I wanted to tie music into it somehow so I put headphones on her and put “Keep Listening” on the banner.

Mel: If there’s anything that you guys want to show that ain’t visible, feel free.

Zeb: This is one that Pete did. All of my life I was a Viking, even from high school. I’m not gonna let Highly Suspect be the only band that dropped their pants. That’s my favorite one.

Mel: Tell me a little bit about your first one.

Zeb: This was one of the first, it says “Music Saves Lives”. Again, this band saved my life so I hope somebody else gets saved from it.

Danny: Pete actually did this tattoo for me a couple of weeks ago, and then I have my compass on the other side.

Casey: Right now I’m working on my sleeve, I’ve got Greek stuff, Hades, and I’m gonna get Medusa right here. It mixes with the whole tribal feel that I have going on over here.

Mel: Are you going to mixed color with that one or no?

Casey: I’ve always thought about getting a color drop on this or something but I don’t know; some bright shadow color on it. I never planned on doing the other arm but now it’s covered.

Mel: I think it’s awesome that you travel with your own tattoo artist.

Casey: It’s like pulling a Jack Daniels trailer behind us.

Mel: What about you?

Matthew: I have Beatles tattoos on my arm, and the I have a owl on my chest as well.

Mel: Thank you guys and enjoy the rest of the tour. We’ll see you on the road. 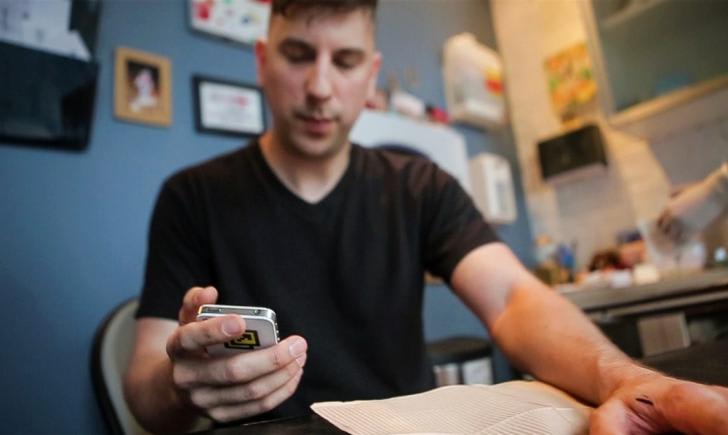