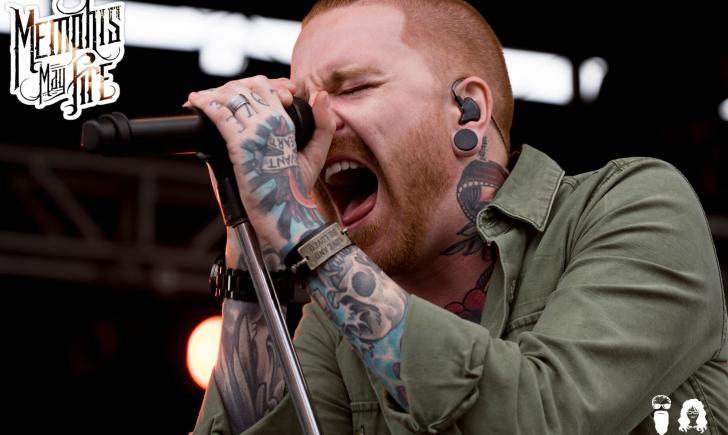 On day one of Rock on the Range, we chatted with Matty Mullins, vocalist for Memphis May Fire; a band that has dominated the Warped Tour scene with its younger hardcore fan base. Their music is Rock | Hardcore, their songs will penetrate both your heart and eardrums. With a sound that is heavy and moshable, they also mix in lyrics that are positive, heartfelt, and passionate.

Out now is their album “Unconditional Remastered” featuring two new songs. Scoop it up now and stay tuned because Memphis May Fire is in the studio working on new music, featuring guest vocalists from other bands, with a tentative Fall 2016 release. Here is what Matty had to say to Rockwell UnScene and Tattoo.com.

Mel: Hey everybody it’s Mischievous Mel live from the one and only Rock On The Range and I am here with Matty Mullins from Memphis May Fire!

Matty: Hey what’s up y’all.
Mel: I’ve seen you guys do Warped Tour and stuff like that. What I’m loving about these festivals is that bands like you are starting to play them. What does it feel like to cross over?

Matty: I feel like every band that comes out of the scene dreams of being able to cross over. I think that active rock and radio rock is a really hard world to get into. So if we can come out of the Warped Tour world, and as we grow up mature into the rock world. So to play festivals like this means the world, it’s an honor.

Mel: What’s really cool about you guys is not only that you’re inspirational, but you’re also hard. You’re a positive force in the metal scene.

Matty: That’s what we’ve always wanted to be. It comes from the way I was raised, but it also has to do with seeing the need for positivity in the music scene. I think that there’s a lot of artists that are positive people, but their music doesn’t necessarily portray that. People come out looking for hope, they’re looking for something that’s concrete and foundational for them to live by and I don’t think a lot of music gives that. What we want to do is give a hopeful message and let people know hope is real and it is alive and heavy metal can be positive. I’m not bashing on anybody’s style of music or writing, this is just what we do.

Mel: I know that you are part of Heart Support, can you tell everyone a little bit about that real quick?

Matty: Sure! Jake from August Burns Red, he started Heart Support and it’s a non-profit that helps young adults in the music scene that are struggling with anxiety, depression, suicidal thoughts, any sort of addiction – Stuff like that. So he put together a little DVD of a bunch of artists and how they overcame their struggles and I got to be a part of that. That’s really it, but Jake’s an awesome guy and he’s doing something incredible for the scene.

Mel: Tell me about your music that you’re pimping out on this tour.

Matty: Our most recent record is called the ‘Unconditional Deluxe Reissue”. It was our record that we put out again with two new songs and two acoustic version of other songs and we just finished a brand new record that will probably be out sometime in October. It has a really special guest vocalist and some songs, that in my opinion are some of the best songs we’ve ever written, and it’s really exciting.

Matty: I have this on my right hand, on my left hand I have an anatomical heart that says “Servant Heart”. Both of these are just reminders of how I want to live my life. My knuckles say “Only Love Will Save” and that’s something that I’ve always thought was true. I believe it to this day and I’ll believe it for the rest of my life. A lot of people try to use religion and rules and regulations to scare people into doing the right thing and it’s really gross. I think religion sucks. I have a relationship with Jesus, and that’s so much different than any religion.

Mel: You’re spiritual. I totally understand that. I don’t think you need to go to a church to pray. What about this neck piece?

Matty: It’s by London Reese. He’s out of Vatican Studios out in California. It’s the Lady at The Well which is another piece of scripture. We did it in about eight hours and we filmed it and everything. It was a long session but it turned out sweet so I’m excited about it.

Mel: I loved all the color that you used. Are you planning on any future tats?

Matty: Yeah, I’m going to do the other side of my neck and the back of my neck will probably be connected with a back piece. I’ll probably do it all the way down onto my butt, you know, something really big. I’m in the process of doing a big cover up of a black panther with some roses around it. I’ve got some stuff on my legs. I think the biggest piece that I’m looking forward to is doing some stuff on my back.

Mel: Do you have the artist picked out yet?

Matty: I’m not totally sure and what I do want to do is have two different artists tag team it and do it at the same time. I’ve heard rumors that your nerves get confused when you get two tattoos at once and it’s not quite as crazy as you might think. For a big piece like that I’d like to get it done as fast as possible.
Mel: Well thank you for your time and everyone who hasn’t seen Memphis May Fire, get out and see them! 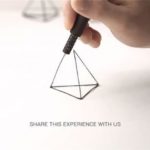