Are Tattoos Still a Kiss of Death in the Workplace? 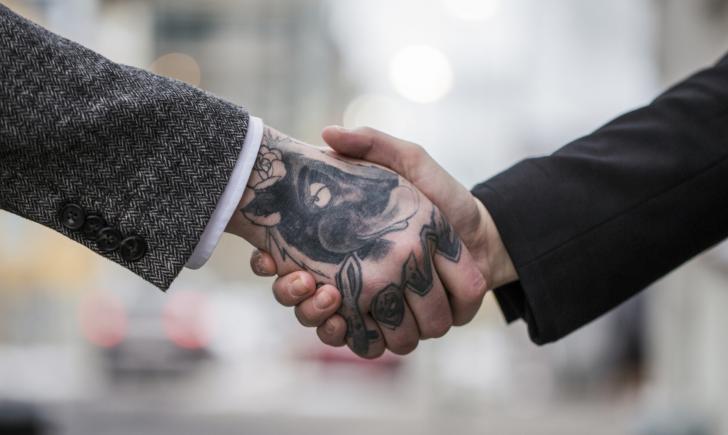 When I first started working as an adult, which (I’m showing my age here) was roughly about 15 years ago, tattoos were considered to be the kiss of death when it came to securing a decent job. I can remember myself, at 18 years old, being still relatively somber when it came to my appearance—no piercings, no tattoos, simple hair color—mainly because I had had it drilled into my head that, while those things are fun as a teen, they can ruin your chance at a proper career.

By the time I hit 21, though, things were already changing.

At the time, I worked in retail store management, so our rules were the first to be a little more lax than that of the white collar spectrum, but it was a start—a start I was happy to see. While it started in the junior market, the relaxation on the body art policies began to drift into the more contemporary markets over the next few years. Today, only the truly high-end retail stores have strict body art policies, leaving the rest of the shops free to visually express themselves through their skin.

As time marched on, and seeing tattoos in public workplaces such as restaurants, retail shops, and other service-related industries became commonplace, the stigma began to fade. In addition to the increase in public visibility, there was perhaps a larger reason behind the shift in policies. In the US, as of 2015, there is estimated to be 45 million people sporting at least one tattoo. The current estimated annual spending on the practice by the American people is $1,650,500,000. Yeah, let that number sink in for a while; it’s a biggy.

Now, let’s break this down by age and it’ll give you a really big indication of why tattoos no longer seem to be the end-all to getting a job.

When you think about those numbers and the age ranges they represent, you’ll notice one thing: the lower the percentage of tattoos, the higher the percentage of retirees. Obviously, that leaves the highest percentage of tattooed Americans still bustling away in the workforce. With at least 40% of these workers possessing some form of body art, tattooing had to become accepted within the white collar job market. Think about it . . . that’s almost half of Americans old enough to join the workforce—they can’t all be construction workers, artists, or retail workers. Clearly, something had to give.

In 2013, the spokesperson for the financial goliath, Bank of America, told Forbes magazine, “We have no formal policy about tattoos because we value our differences and recognize that diversity and inclusion are good for our business and make our company stronger.” In the same article, John Challenger, CEO of a major consulting firm, was quoted stating, “Even in this tight job market, most companies aren’t going to view tattoos too harshly. Companies have a vested interest in hiring the most qualified candidate.”

Companies are learning to accept tattooed workers as their own brand of diversification, realizing that to have a no tattoos policy would lead them to miss out on several qualified candidates. Of course, while tattoo acceptance during the hiring stage is at an all-time high, there are certain industries which limit or restrict the visibility of their employee’s ink during work hours. Some of these include hospitals and daycares. Of course, having a tattoo does not disqualify the individual from being hired—as it once may have done—it just means that they will have to agree to limit its visibility during on-the-clock times.

Other companies are taking a case by case approach, basing tattoo visibility rules upon the actual tattoo, instead of the art as a whole. For example, a tattoo of a rose or a star—which could not be construed as offensive (except, perhaps, to the avid tattoo hater . . . we’ve all had a run-in with at least one!)—would be acceptable, whereas a depiction of a skull, rap lyrics, or a pinup girl would likely be considered offensive to some; requiring it to be covered during work hours.

Personally, I’m excited to see this shift in tattoo acceptance in the workplace. In fact, just the other day, I was picking up my prescriptions at a chain pharmacy store in town, and I had quite an enjoyable experience because of a lenient body art policy. As I stepped up to the counter to collect my medicines, I was pleasantly surprised to see that the pharmacist standing in front of me had blue and green streaks in her hair, gauged ears, and a beautiful watercolor tattoo of a jellyfish peeking out from beneath her scrub top sleeve. While she was checking to see if my prescription was indeed ready to be picked up, we were able to strike up a conversation about her tattoo. I inquired as to where she had the work done and asked to see the rest hiding beneath her sleeve. We chatted for a brief moment about the quality, the shop, and the style she had chosen (I’m currently obsessed with the design concept, despite not having any myself). She was still able to do her job, despite her appearance, and to do it well. And, in the meantime, we had an interaction that otherwise would not have happened. Instead of perusing Facebook or texting my boyfriend while she checked and filled my order, I found myself tossing my phone into my purse and having a one-on-one, face to face conversation with a stranger.

If this is what happens when tattoos are accepted in the workplace on a mainstream basis, I’m looking forward to the years to come. Tattoos are an avenue to start a conversation; a topic of discussion and a method of breaking the ice. I’m eager to see what comes next for us tattooed and employed individuals! 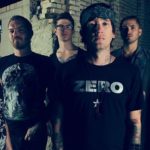