At The Festival’s New Home In Greater Fort Lauderdale

At Markham Park In Sunrise, FL

To support initiatives for school safety and create awareness for efforts to promote change, the producers are offering 50% off the price of Monster Energy Fort Rock General Admission weekend tickets for those who sign the “Students Fighting Guns Since Adults Won’t” petition created by high school student Julia Kemple of Kalamazoo, Michigan—and signed by 200,000+ people across the nation–in response to the Florida shootings. www.change.org/p/students-fighting-guns-since-adults-won-t

Corey Taylor, who will perform with his band Stone Sour at the festival in April, says, “I’m absolutely behind this movement. Not only the name itself, but the reason and the cause. As a father, my one concern is my children. The fact that no one is doing anything worthwhile to change the horrendous laws and circumstances around these shootings is unacceptable. So if the adults can’t extricate themselves from the politics that are keeping them from ACTUALLY making a difference, I support the generation who will.”

The band Halestorm offered this message: “To all the students that have been affected by gun violence, and to students everywhere, YOU are the ones we’ve been waiting for. Our future is what YOU make it and the path is yours to blaze. YOU are the fire! We are proud to stand by you as we push to make this planet a better place. Love, Lzzy, Arejay, Joe and Josh of Halestorm.”

Danny Hayes, CEO of Los Angeles-based Danny Wimmer Presents (DWP), co-producers of Monster Energy Fort Rock, says that he was inspired by the collective voice of the nation’s youth and in particular the “Students Fighting Guns Since Adults Won’t” petition. “The wording of Julia’s petition is profound. We should all be ashamed that our nation’s youth feels unprotected by those in charge,” says Hayes.

Hayes continues, “As a Broward County, Florida native, the Stoneman Douglas tragedy really hit home for me. We are so deeply touched and moved by the courage and fortitude of the students at Stoneman Douglas High School. They have turned trauma into strength. As a society we must act quickly to give them the protection they deserve. Like the Woodstock generation that used music festivals to amplify their voice, these kids should be an inspiration to us all. It is incumbent on those with access to the microphone to ensure that their message is heard and acted upon.”

Michael Lang, co-producer and co-creator of Woodstock and longtime DWP friend, agrees, saying, “I am so inspired by the students of Parkland and others around the country for speaking up and not allowing the same old NRA political rhetoric and lack of action to dampen their commitment. It is this kind of long-term determination and engagement that leads to real movement. It gives me great hope for the future of our country, to know that there is this generation of young people ready to take up the fight for positive change, much as my generation did in the ‘60s. I can only hope that with our support this movement will continue to grow and take up the reins not only on sensible gun control, but on the many issues that will affect their lives and the lives of everyone on the planet. “

Those who would like to utilize the 50% off ticket promotion simply need to send a screenshot of their signed petition or forward their confirmation email to [email protected]. The promotion is available through April 1, 2018, while supplies last.

Visit www.FortRockFestival.com for further details on the event.

About Danny Wimmer Presents: Since 1993, music industry veteran Danny Wimmer has been producing concerts and festivals, both large and small. In 2011, he formed Danny Wimmer Presents, which now produces several of the largest rock and alternative festivals in the U.S. By combining A-list talent with local cuisine and culture, DWP has become recognized within the industry for delivering the highest-quality entertainment experiences to fans, artists, sponsors, partners and host cities. DWP creates memorable and all-encompassing festival experiences, leaving both consumers and partners with lasting and meaningful impressions. DWP will continue to add new music festivals to its already stellar portfolio, which includes Rock On The Range, Monster Energy Aftershock, Monster Energy Welcome To Rockville, Monster Energy Carolina Rebellion, Louder Than Life, Bourbon & Beyond, Monster Energy Rock Allegiance, Chicago Open Air, and Northern Invasion, among others.

About AEG Presents: AEG Presents is one of the largest live music companies in the world. The company is dedicated to all aspects of live contemporary music performances, including producing and promoting global and regional concert tours, music events and world-renowned festivals. AEG Presents operates in North America, Europe and Asia through 16 regional offices that support its tours, which include such artists as Taylor Swift, Paul McCartney, The Rolling Stones, Justin Bieber, Katy Perry and Kenny Chesney; produces or supports over 25 music festivals, including the iconic Coachella Valley Music & Arts Festival; and owns, manages or books more than 60 clubs and theaters. AEG Presents produces more than 8,000 shows annually worldwide and conducts business under such globally renowned brands as AEG Presents, Goldenvoice, Concerts West, Messina Touring Group, Marshall Arts LTD, and Madison House Presents.

About Monster Energy: Most companies spend their money on ad agencies, TV commercials, radio spots and billboards to tell you how good their products are. At Monster Energy, we chose none of the above. Instead we support the scene, our bands, our athletes and our fans. We back athletes so they can make a career out of their passion. We promote concert tours, so our favorite bands can visit your hometown. We celebrate with our fans and riders by throwing parties and making the coolest events we can think of a reality. 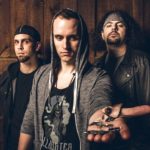